How to write an acoustic guitar song

Queen once sung, "It's a kind of magic..." and they may have been referring to any number of things, but I like to think it refers to music.

As an acoustic singer in the UK I have never been able to full understand how I am able to write songs, I do know though that it's about as close to real magic as I have know.

In this article I will let you know a few of the approaches I take which have helped me over the years.

How to write an acoustic song

If you are reading this and do not yet know how to play the acoustic guitar, I would first go away and learn a few chords. Writing a song can come to someone completely naturally but it's a hell of a lot easier if you know at least the basics.

My first piece of advice is:

Make time to jam by yourself

Now, this does not mean whipping up a batch of raspberry conserve, instead, you need a space of your own with no distractions (turn that bloody TV off) and solitude. I found playing by myself on my bed (ahem) was the best method, as I can completely relax and fall asleep if nothing came to me.

Jamming is a loose procedure and something to let flow. You are going to make a lot of messy noise before anything decent comes along.

Find something that sticks

You need to find that aspect of a song that keeps you coming back. This could be a particular riff on the guitar that you like or some melody you are working on in a chorus. Whatever it is, it needs to be an ear worm, because if it has stuck with you, the chances are it will stick with someone else.

Explore the song from different angles

There have been numerous times when a song never came to fruition with me until I tried a new approach. This could be:

You may find that something that sounded a bit rubbish sounds much better when played in a different style.

Go away and come again another day

I was told to do this when writing essays at University and the same is true for writing a song. Sometimes I have bashed a song out in ten minutes and it's great. Others I am labouring over it for hours and getting really frustrated. When this happens, take a break, and come back to it with fresh ears.

Record what you have done

If you are going to take a break, be sure to record what you have up to that point. Do this either as a recording on your phone or some old fashioned pen and paper with the chords and lyrics and notes. Who knows, these may be worth some money some day, but at the very least it will prevent you from losing what could have been songwriting gold.

Now this can be tough especially if you are new to writing songs on the acoustic guitar, but if you have someone around you know is supportive and whose musical opinion you value, then ask them to have a listen.

Explain to them that the song is in development, so BE NICE, but that it would be great to get their opinion on how it's shaping up. Sometimes a small comment can hold the answer to what's stopping a musical mess turn into something special.

A song is never really finished for me. As an acoustic singer I continually evolve my songs until they are properly recorded and even then I may still tweak things.

For me, a lot of my songs evolve as I do. New lyrics take on new meanings and I change the music to work for me. Some may see this as spoiling the art slightly but these songs are my creatures. They have a right to become whatever was intended for them, and more.

Speaks for itself, but songwriting should be beautiful and enjoyable. So do it in an environment that suits you.

Mine is with a rum and coke on a lazy Sunday afternoon.

Let me know how you get on. 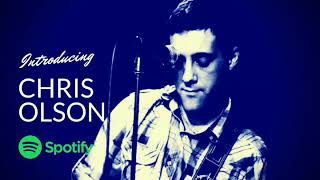 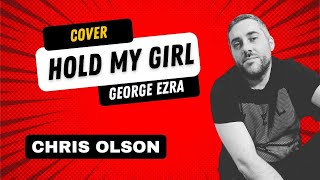